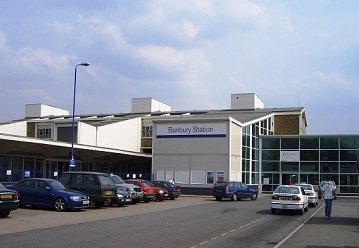 A plan to open up Tramway Road to give a second access route to Banbury Railway Station is due to get the green light on Tuesday.

Oxfordshire County Council is set to approve £2.5m spending for a revamp of Tramway Road – currently blocked off to vehicles – and the surrounding junctions at Hightown Road, Bridge Street, Swan Close Road and Bankside.

“The junctions at either end and their relationship with neighbouring junctions, plus how the junction of Tramway Road and Station Approach will operate, are fundamental questions for the project,” said a county planning spokesman.

“We expect a feasibility/concept design stage to conclude in mid-May and it will include a consultation.”

Early plans include a two-way bus lane and taxi link past the station and into the town centre by extending Tramway Road into Station Approach, car access to the West Car Park (but not through to Bridge Street) with parking capacity signs.

The aims are to improve access to the station, improve bus reliability times in the south of the town and remove some traffic in the heavily congested Bridge Street area.

Early plans show possible installation of traffic lights at the bottom of Bankside and possibly at the junction of Tramway Road, Hightown Road and Swan Close Road. County councillors will consider the plan at its budget setting meeting on Tuesday as part of £548m spending over ten years on highways and associated infrastructure.